On the 21st of May the Malta Philharmonic Orchestra are set for a spectacular evening at Vienna’s Golden Hall of Musikverein - the final venue in a flagship northern European tour and the fifth undertaken by the MPO in recent years. 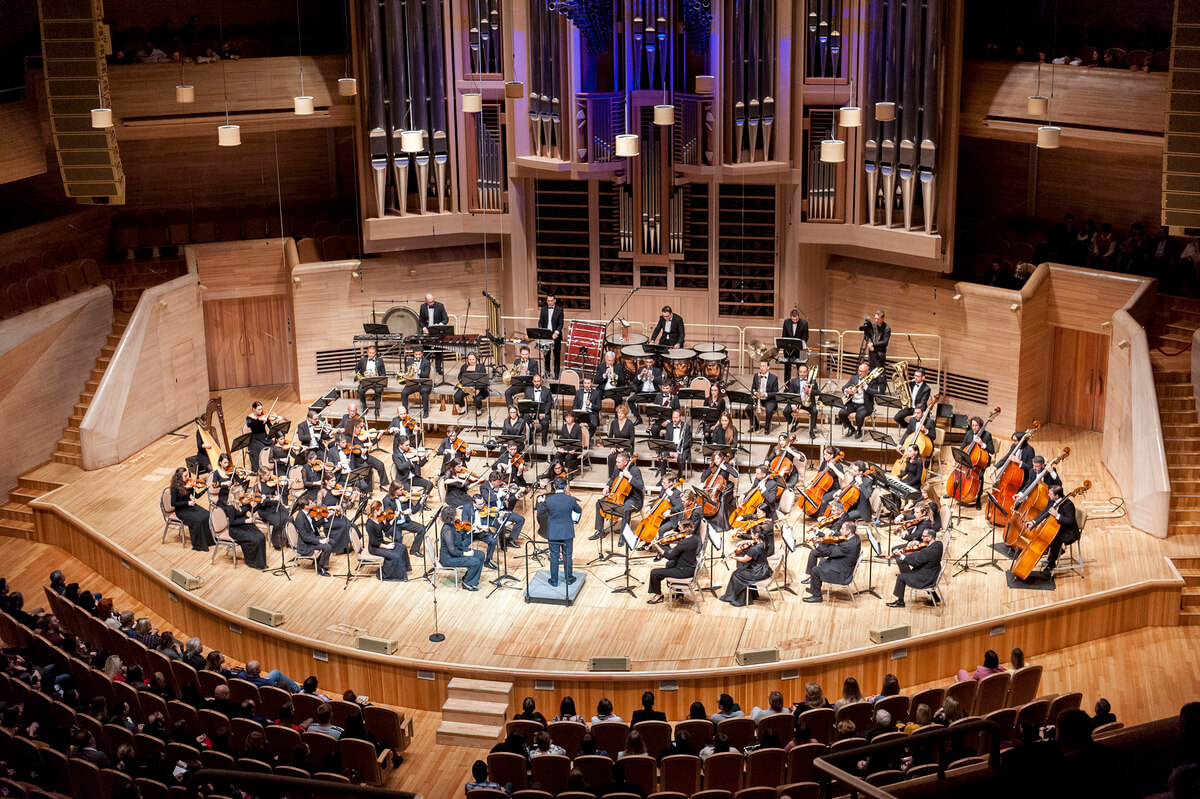 On the 21st of May the Malta Philharmonic Orchestra are set for a spectacular evening at Vienna’s Golden Hall of Musikverein - the final venue in a flagship northern European tour and the fifth undertaken by the MPO in recent years. It is a follow up to their much-lauded cross Europe tour of 2018 along with that of Russian in 2019.

Once again, this event is the result of a longstanding collaboration and support from the European Federation for the Support of Culture (EUFSC), led by President, Konstantin Ishkhanov. The MPO will present a diverse selection of works including those of Mendelssohn, Prokofiev and contemporary composer, Alexey Shor and will be led by their Principal Conductor, Sergey Smbatyan. The evening also features Stella Chen, winner of the 2019 Queen Elizabeth International Violin Competition.

The MPO’s appearance at the Musikverein on 21st May will be their third performance at the revered concert hall, following their debut in 2017. Speaking of the MPO’s pride and excitement at returning to Austria’s premier performance space, the orchestra’s Executive Chairman, Sigmund Mifsud, said: “...it is so satisfying to feel the atmosphere amongst the musicians and how happy they are to be performing in those acoustics...” Indeed, Austria’s famous landmark and home of the renowned Vienna Philharmonic, is widely considered to be one of the world’s principal concert halls, having welcomed an impressive roster of globally famous soloists and orchestras since first opening its doors in January 1870. Known in particular for its Große Musikvereinssaal (Goldener Saal, or ‘Golden Hall’), Austria’s much-loved concert hall is widely regarded as one of the music world’s meccas, with audiences from across the globe regularly making pilgrimages to its stunningly ornate performances spaces located in a city that has been at the forefront of western classical music for centuries. Mr Mifsud elaborates, “Being an orchestra from a small island, we are always interested in the opportunity to tour and perform overseas, especially in such prestigious venues”.

For this series of performances, the Malta Philharmonic Orchestra will welcome the American violinist Stella Chen as soloist for the tour. Regarded as one of the most gifted and exciting talents of her generation, Ms Chen shot to fame following her being awarded First Prize at the globally significant 2019 Queen Elisabeth Competition in Brussels. Since then, she has been the recipient of the Avery Fisher Career Grant and Lincoln Center Emerging Artist Award in 2020, as well as previously being awarded the Robert Levin Award from Harvard University and receiving the top prize at the Tibor Varga International Violin Competition in 2017. She is also notable for being the youngest ever prize winner of the Menuhin Competition.

Principal Conductor, Sergey Smbatyan, will be directing the MPO for this tour. Smbatyan undertook the role in 2019 following his debut with the orchestra in 2017. He also conducted the orchestra’s 2018 tour, making this a welcome return for the internationally acclaimed Armenian conductor. Mr Smbatyan honed his craft while studying with the late Sir Colin Davis at the Royal Academy of Music in London, and is the Founder and Artistic Director of the Armenian State Symphony Orchestra.

The Malta Philharmonic Orchestra will present a rich and diverse programme of music in a celebration of both classic and contemporary repertoire. The concerts will begin with Mendelssohn’s famous Violin Concerto, with the solo part performed by Stella Chen. Following this will be the Violin Concerto by the globally-recognised composer Alexey Shor, with Prokofiev’s Symphony No.1 concluding the performances.

The tour is organised by the European Foundation for Support of Culture (EUFSC), a Malta-based organisation that works to promote and support culture around the world. The foundation has worked closely with the MPO on numerous projects over the last several years, most notably including the InClassica Malta International Music Festival, for which the MPO is co-organiser. Commenting on the MPO’s collaboration with the EUFSC, and in particular noting the Foundation’s support of the group’s touring activities, the orchestra’s Executive Chairman, Sigmund Mifsud, said: “...I really must thank the President of the Foundation, Mr Konstantin Ishkhanov, who believes so much in our orchestra and in our country, and I believe he has been doing a fantastic job of helping the local culture to develop.” 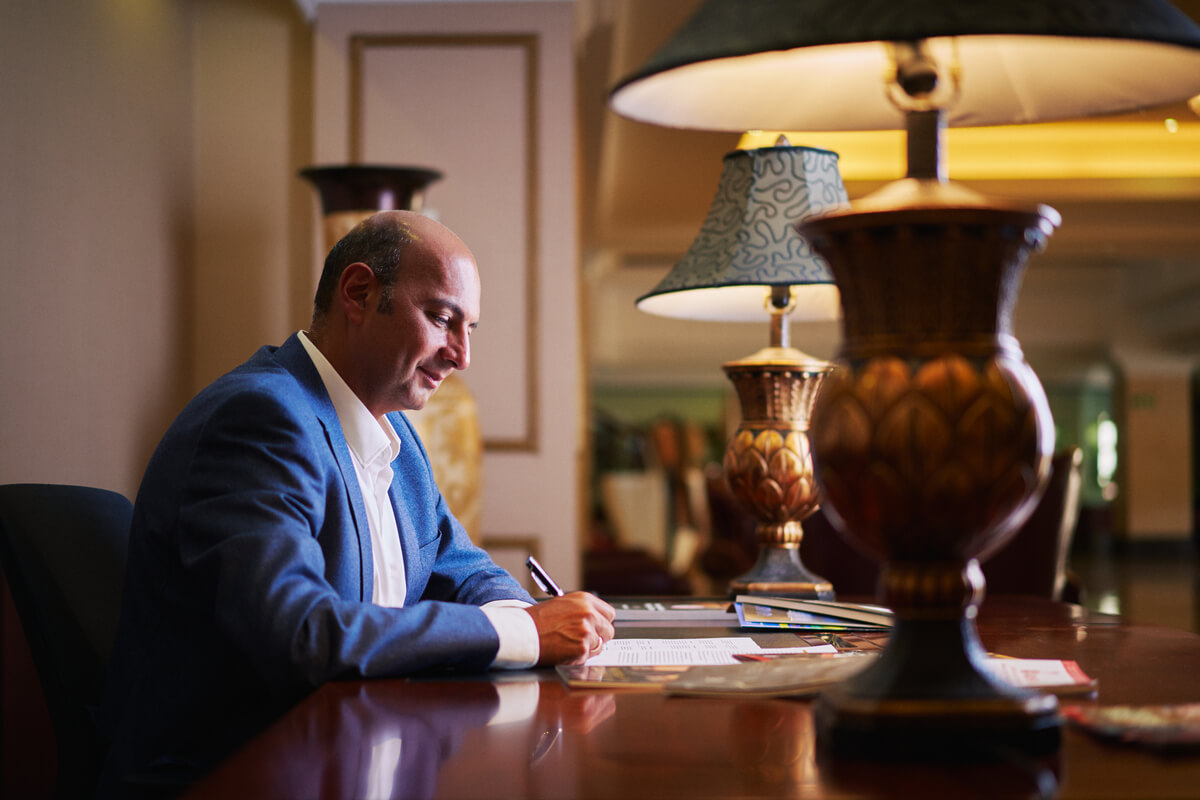 Speaking of his pride and excitement for the upcoming tour, the EUFSC’s president, Konstantin Ishkhanov, said: “After such a difficult period of time for cultural institutions around the world, on behalf of everyone at the EUFSC I would like to say how thrilled we are to be supporting such a prestigious tour. The Malta Philharmonic Orchestra represents some of Malta’s best and brightest musicians, and, in partnership with the renowned soloist Stella Chen and maestro Sergey Smbatyan, will, I’m sure, deliver a phenomenal series of concerts across that will further solidify the MPO’s reputation as an important emerging European orchestra. It is especially gratifying to see the MPO visit such notable concert halls as the Musikverein in Vienna, one which has for so many years been synonymous with world-class performance and genre-defining classical music. I would like to offer my sincere congratulations to the MPO on such an exciting project, and I look forward to many further collaborations in the future.”

The MPO’s visit to Vienna shall form part of a European Tour that will take place between the 16th and 21st of May 2021, and which will also see the orchestra performing at the legendary Domed Hall of the Hanover Congress Centre on the 16th of May, at Kurhaus concert hall on the 17th of May and at the luxurious modern masterpiece that is the Gasteig in Munich on the 19th of May.